Working with ‘Wounded Nature’ in Charleston 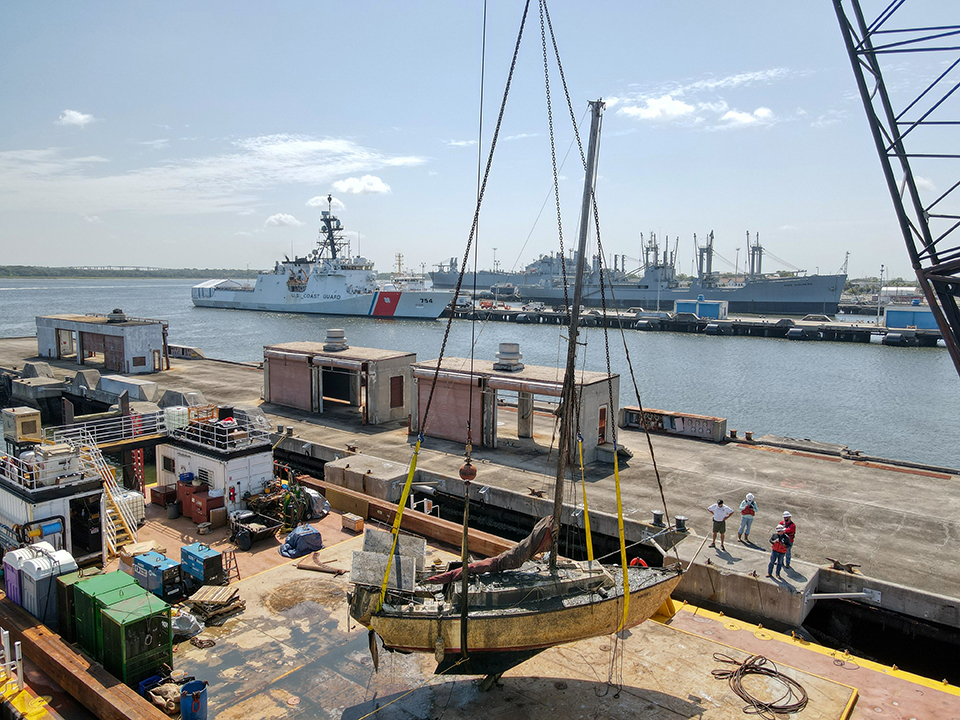 While on location with a project in Charleston Harbor, SC, Great Lakes Dredge & Dock was able to lend a helping hand to a local environmental organization.

A local Charleston non-profit environmental organization, Wounded Nature, performs derelict vessel removal and other environmental clean-up services of the waterways around Charleston. Wounded Nature personnel/volunteers are primarily military veterans, many of them wounded veterans. They had been contacted by SCDNR (South Carolina Department of Natural Resources) about removing this particular sailboat from a local marsh. Wounded Nature recovered the vessel and brought it to November Dock at the South Carolina Port Authority, then tied the vessel to the pier. At some point the vessel sank alongside the dock.

While on location, GLDD kept a lot of their equipment, including derrick barges, tied up at Zulu Dock, 2 piers over from where the sailboat sank. Rudy Socha, CEO of Wounded Nature, saw our equipment and reached out to Dave Simonelli (GLDD COO) and Lasse Petterson (GLDD CEO) about assisting them in raising the sunken sailboat. In support of a good environmental cause and veteran led group, GLDD utilized one of our derricks and some crew on a gratis basis to successfully raise the vessel and transport it to our GLDD yard where it was then loaded on a truck for disposal.