Tampa Bay has a ‘hidden gem’ island for bird researchers

TAMPA, Fla. — Lorraine Margeson stood in ankle-high brush with her binoculars dangling around her neck. She smiled and stared at the flock of Caspian terns nesting in a place she calls her “favorite” on earth.

“Oh, this is so awesome,” she said. “I think that seeing what I’m seeing right here that we might have the biggest, baddest nesting season ever.”

The Caspian is one of her many favorite species that nest on an undisclosed location in Hillsborough Bay. She rattled off 11 different species of shore birds she’s seen nesting on the man-made island.

“Right now, my enthusiasm when we first hit this place today, that’s not for show. That’s how I feel,” she said while standing on top of the island. “Look at all the gull-billed terns out there. I could not see this before.”

The researcher and bird observer frequents Tampa Bay’s “hidden gem” often. It’s a bird watcher’s paradise – even if it’s off limits to novices.

A Port Tampa Bay spring dredging project deposited more sentiment on the land structure that first formed in the early 1980s when the bay was dug out. The most recent project deepened the Big Bend Channel from 34 feet to 43 feet. 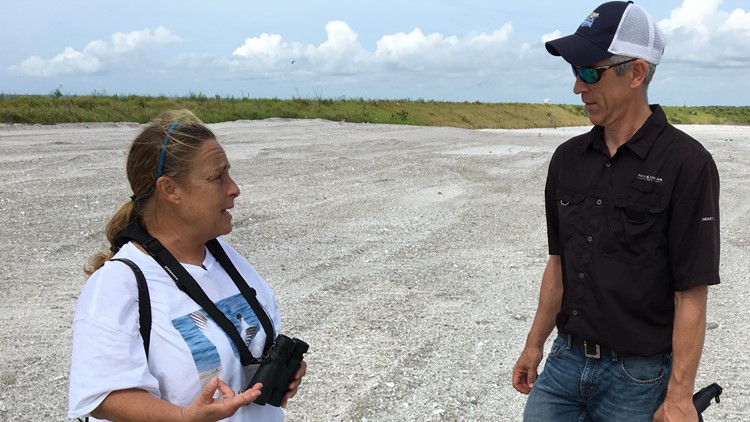 Lorraine Margeson is excited by the birds that flock to the island.
Bobby Lewis

“These spoil islands are very unique. They’re protected from human disturbance,” said the port’s Director of Environmental Affairs Chris Cooley. “They are considered one of the top bird-nesting sites in the country and have been identified as being actually globally significant.”

And most Floridians on the state’s west coast would have no idea it was happening right under their noses.

“We might have the biggest, baddest nesting season ever,” said Margeson, binoculars in hand, atop the 380-acre land mass.

On this day, hundreds of birds dot the sand. The nesting season begins on April 1 in Florida and runs until Aug. 31. Margeson has been out to the island when the sky was so full of birds in flight that it was hard to see the clouds.

“I’m a big bird fan as well,” said Cooley. “Some days it’s like ‘Jurassic Park.’ You have things flying all over the place.”

For bird lovers like Margeson and Cooley, having a sanctuary of sorts so close to the port is special. The chance to see the byproduct of a dredging project produce such a successful animal habitat means a lot to them both.

“These spoil islands are very unique,” said Cooley. “I don’t think a lot of people have the opportunity to come out to this part of Hillsborough Bay. It’s a real asset and jewel in our region.”

Tampa Bay has a “hidden gem” island for bird researchers.
Read the article on WTSP.com 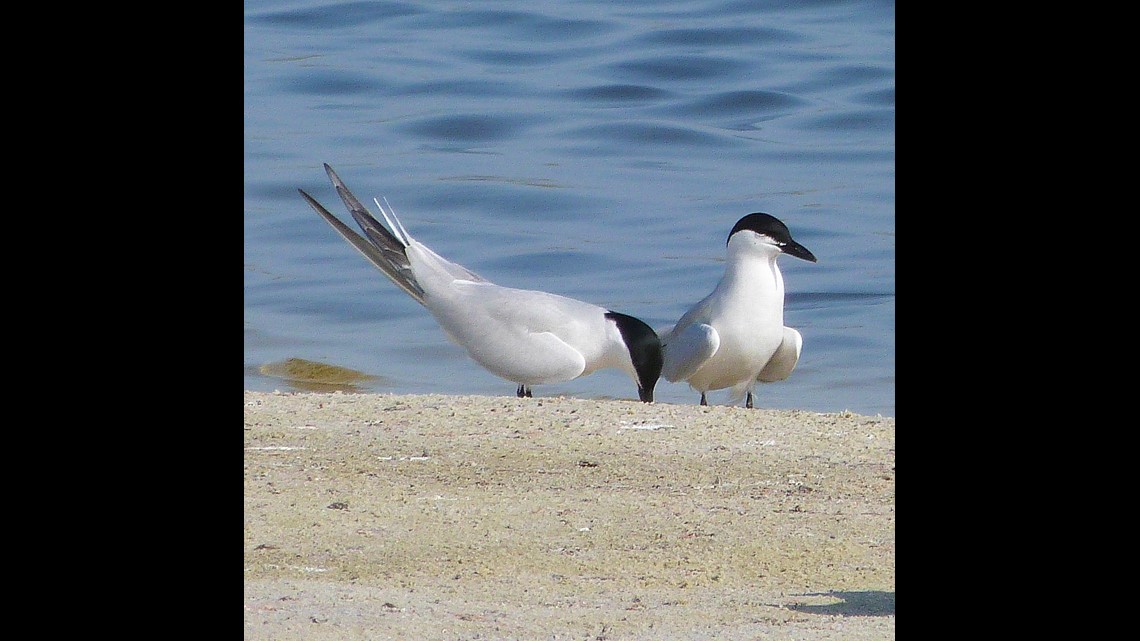