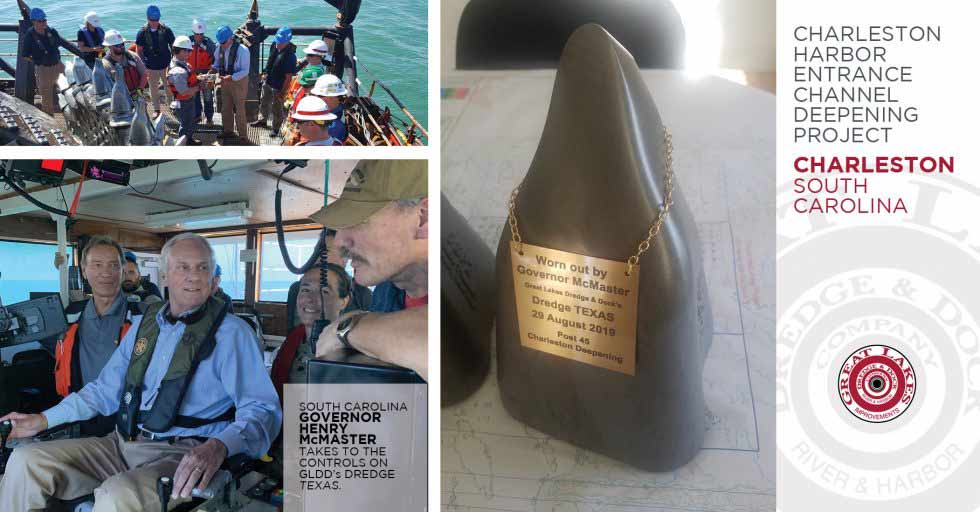 GLDD presented South Carolina Governor Henry McMaster with a worn cutter tooth from the dredge Texas before the State of the Port Address in Charleston. This is the exact cutter tooth that he hand picked off the cutter head during his visit to the dredge on August 29, 2019 after he was given the opportunity to drive the dredge. The Governor plans on displaying the tooth prominently in his office and is proud of being a supporter of the Charleston Harbor Deepening project – and driving the dredge Texas. Accompanying the Governor (in the pilot seat) and to his right is Great Lakes Dredge & Dock Company’s CEO Lasse Petterson.