The Ellis and Mackie are shown offshore of the Ship Island discharge
location connected to floating and submerged pipelines that will carry the
slurry of dredged sand and seawater five miles to the barrier island.

The new Ship Island reclamation expands daily as the ATB delivers
loads of dredged sand from a number of offshore borrow areas.

The recently delivered ATB (Articulated Tug Barge) trailing suction hopper dredge Ellis Island and Tug Douglas B. Mackie commenced dredging operations in early December 2017 on Phase 1 of the MSCIP Comprehensive Barrier Island Restoration Plan. Located in the U. S. Gulf of Mexico offshore of Gulfport Mississippi, the project involves the dredging, transport and placement of seven million cubic yards of sand to reconnect Ship Island East and West. Once one land mass, the islands were separated by Hurricane Camille in 1969.

The 15,000 cubic yard capacity Ellis Island is the largest hopper dredge in the U.S. It is well suited for this project which requires the sand to be transported 16 to 28 miles from various dredging locations. During initial operations, Great Lakes has successfully combined dredging trials with project performance. The Ellis Island and Douglas B. Mackie are ramping up to full capacity as various vessel systems and automation are fine-tuned to optimize production.

The Ellis Island recently commenced dredging operations on Phase 1 of the MSCIP Comprehensive Barrier Island Restoration Plan in the U. S. Gulf of Mexico offshore of Gulfport Mississippi. With a 15,000 cubic yard capacity Ellis Island is the largest hopper dredge in the U. S..
Read more

See the dramatic transformations of some of our largest projects.  Read more

In 2006, GLDD adopted an Incident-and Injury-Free (IIF®) safety management program that has been integrated into all aspects of the company’s culture. The company’s commitment to the IIF® culture promotes a work environment where employee safety is paramount.

Learn more about our financial and stock information. Click here. 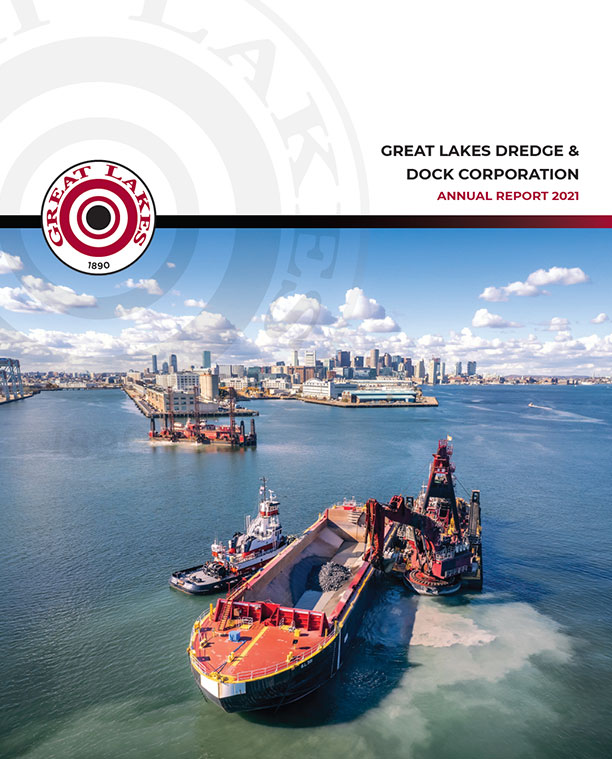 Why Work With Us?

We are an international dredging, environmental and geotechnical services company that is committed to excellence inspired through innovation.

Join us and help shape our world!
Read more

Click here to check out our listings of the latest opportunities to join the GLDD team.

Site Engineers are an integral part of Great Lakes project management teams. By joining GLDD, you become part of a company that is creating a better world.